Donation caps decades of financial support by the Liebers 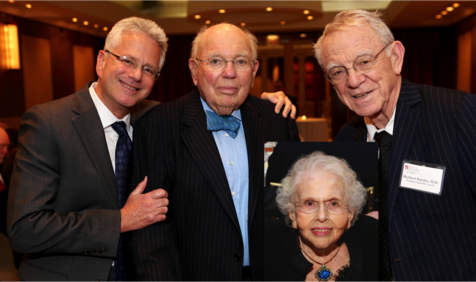 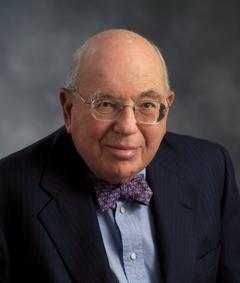 NEW YORK, January 12, 2021 – The Brain & Behavior Research Foundation today announced that is has received a bequest of $8 million from the noted philanthropist and mental health advocate Stephen Lieber. The Foundation is the world’s largest private funder of mental health research grants, and this gift will be used to expand its support for research that is transforming the lives of people living with mental illness.

who died in 2016, made a lifetime commitment to

advancing scientific research on the brain and

mental health with the goal of reducing human

Their efforts have launched thousands of careers

in mental illness research, including support to

leading scientists at renowned institutions around

the world, that has led to countless discoveries in

the field of biological psychiatry and related patient

services. In fact, the vast majority of major scientific

The Lieber Prize for Outstanding Achievement in Schizophrenia Research is one of the most coveted prizes in the field. To date, two Lieber Prize winners have gone on to win Nobel Prizes.

“Steve and Connie were leading public advocates and philanthropic supporters of schizophrenia, depression, and mental health research in the U.S. and around the globe,” said Herbert Pardes, M.D., President of the Brain & Behavior Research Foundation’s Scientific Council and Executive Vice Chair of the Board of Trustees of NewYork-Presbyterian Hospital. “They were an amazing couple and remarkable in every way.”

In the mid-1980s, Dr. Pardes introduced the couple to the organization that became the Brain & Behavior Research Foundation (BBRF), which they joined in 1987 and which Connie led as president until 2007, and Steve served as Chairman of the Board from 2008 until his death.

“Our meeting more than 30 years ago resulted in a major step forward in the global effort to treat and cure psychiatric disease,” Dr. Pardes noted. “With Connie and Steve’s support, the Brain & Behavior Research Foundation developed a uniquely warm, understanding and empathic approach to the patients, families and investigators of the broad mental health community.  We are incredibly grateful for this latest contribution and the noble leadership – and friendship – of the Liebers over many decades.”

“This significant donation is especially welcomed at a time when the stresses of COVID-19 have further highlighted the need for greater attention to mental health,” noted Dr. Jeffrey Borenstein, President & CEO of the Brain & Behavior Research Foundation. “Steve was a deeply passionate and visionary philanthropist, and along with his late wife Connie, had a tremendous impact on psychiatric research and treatment. For more than a quarter of a century, Steve and Connie served as extraordinary philanthropic supporters and leading public advocates of brain and behavior research. They provided unwavering support to unravel the mysteries of the brain, and to better understand and treat mental illness. Together, they mobilized every resource imaginable to fund cutting-edge research and educate the public, tirelessly working to grow the BBRF grant program. Their generosity in supporting research on mental illness is a great model for all of us.”

In 2014, Steve and Connie Lieber were honored by the American Psychiatric Association with a Special Presidential Commendation for their “unwavering moral and material support to unravel the mysteries of the brain, and to better understand and treat mental illness.” Also, in 2014, the Liebers created the Pardes Humanitarian Prize in Mental Health to honor those scientists and humanitarians who comprehensively care, teach, investigate, work, and passionately advocate for improving the mental health of society and reducing the pain of psychiatric illness.

In addition to their work with BBRF and many other mental health institutions, the Liebers founded two centers of excellence at Columbia University – the Lieber Recovery and Rehabilitation Clinic and the Lieber Center for Schizophrenia Research and Treatment, as well as the Lieber Institute for Brain Development at Johns Hopkins University. Steve Lieber, who was an investment executive for 70 years, also endowed the neuroscience department at his alma mater, Williams College.

The Brain & Behavior Research Foundation
The Brain & Behavior Research Foundation awards research grants to develop improved treatments, cures, and methods of prevention for mental illness. These illnesses include addiction, ADHD, anxiety, autism, bipolar disorder, borderline personality disorder, depression, eating disorders, OCD, PTSD, and schizophrenia, as well as research on suicide prevention. Since 1987, the Foundation has awarded more than $418 million to fund more than 6,000 leading scientists around the world, which has led to over $4 billion in additional funding. 100% of every dollar donated for research is invested in research. BBRF operating expenses are covered by separate foundation grants. BBRF is the producer of the Emmy® nominated public television series Healthy Minds with Dr. Jeffrey Borenstein, which aims to remove the stigma of mental illness and demonstrate that with help, there is hope.