NEW YORK (January 6, 2021) –  The Hereditary Disease Foundation has awarded the 2020 Leslie Gehry Brenner Prize for Innovation in Science to Ai Yamamoto, Ph.D., an associate professor in the departments of Neurology and of Pathology and Cell Biology at Columbia University Vagelos College of Physicians and Surgeons. Dr. Yamamoto’s research into the devastating neurogenerative disorder Huntington’s disease shows promise for new treatments for the disease, and potentially for other brain diseases.

Dr. Yamamoto made a stunning entrance

into the field of Huntington’s disease

research while she was still a graduate

student in the laboratory of her mentor,

Rene Hen, Ph.D. She demonstrated that

– something no one had shown up to that

point. She made this dramatic discovery by

“coding” sequence of DNA in the abnormal

HD gene and inserting a little switch in front

of it. She found that flipping the switch from “on” to “off” was enough to reverse the symptoms of the disease. The mice began to move around as if they were no longer sick­ – as if the cells of their brains no longer contained abnormal clumps, one of the hallmarks of Huntington’s disease. In other words, if you took out the “garbage,” the mouse began to heal.

But where did those clumps go? To what extent did these spectacular results depend upon “disappearing” the clumps? To answer these questions, Dr. Yamamoto next focused on what is called autophagy – the recycling system of the cell that eats up garbage and trash and maintains the cell's machinery in tip-top shape. Autophagy plays a crucial role in all cells and is powerful enough to break down the clumps. If the power of this autophagy pathway could be harnessed to go after the clumps, maybe you could prevent them from wreaking havoc inside the cell. She reasoned that one way to compel autophagy to eat the clumps might be to make them more appetizing than everything else in the cell.

Dr. Yamamoto’s search for that mysterious something that could make the clumps tastier led her and her team to a fascinating protein called Alfy. A certain unusual form of Alfy seemed to mark the clumps and make them go away. Then came even more dramatic findings: Alfy had something to do with the age at which HD symptoms started to emerge, what clinicians call age of onset. And that variant Alfy, which seemed to increase the amount of Alfy in the cells, appeared to have a startlingly beneficial effect in staving off the symptoms of Huntington's. In fact, people with the abnormal Huntington's gene who also had this variation of Alfy started to show symptoms many years later – sometimes as many as 23 years later – than their relatives who had the normal form of Alfy.

More recently, Dr. Yamamoto has confirmed that in the brains of adult mice, Alfy indeed guides autophagy to eat up the clumps. In mice lacking Alfy, those clumps persist and make HD symptoms much worse. She and her team are still testing the theory that the variant Alfy raises Alfy levels in cells. And they are doing experiments to increase the amount of normal Alfy in the brains of their mice to see if higher Alfy levels can delay symptoms. If their efforts prove successful, Alfy may serve as a basis for a radically new treatment for human Huntington's disease – and perhaps for other brain diseases.

The Leslie Gehry Brenner Prize for Innovation in Science was established in 2010 by the renowned architect and Hereditary Disease Foundation Founding Director Frank O. Gehry and his family in memory of his daughter. Bestowed annually, the prize recognizes the insights and discoveries of some of the most talented investigators working in the field of Huntington’s disease research.

About the Hereditary Disease Foundation
The Hereditary Disease Foundation (HDF) facilitates collaborative and innovative scientific research to further the understanding of Huntington’s disease, a genetic disorder that strikes in early- to mid-adulthood, destroying brain cells and causing irreversible decline in control of mood, memory, and movement. As a disease caused by a mistake on a single gene, Huntington’s disease serves as an ideal model for understanding other brain disorders. Research organized by the Foundation led to the discovery of the genetic marker for Huntington’s disease in 1983. HDF organized and funded a decade-long international collaboration of over 100 scientists who discovered the gene that causes Huntington’s in 1993. This work played an important role in the development of the Human Genome Project.

Scientist Recognized for Her Leadership in Huntington’s Disease Research 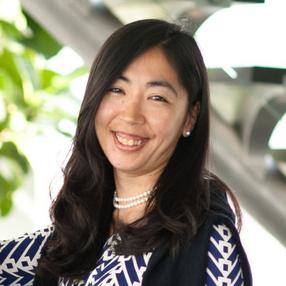