NEW YORK (Sept. 26, 2019) - The Brain & Behavior Research Foundation today announced that William T. Carpenter, Jr., M.D., Professor of Psychiatry and Pharmacology at Maryland Psychiatric Research Center, Department of Psychiatry, the University of Maryland School of Medicine, is the recipient of the 2019 Pardes Humanitarian Prize in Mental Health. The award will be presented on Friday, November 1, in New York City.

Since 1968, Dr. Carpenter’s career has focused on the care and study of persons with schizophrenia. He has made fundamental contributions in psychopathology, assessment methodology, testing of novel treatments, and research ethics. He has served as Principle Investigator on five National Institute of Mental Health-funded center grants. He provided expert testimony in the case of the United States Government vs. John Hinckley and was a member of the State Department delegation to inspect the political use of psychiatry in the Soviet Union. He chaired the work group responsible for psychotic disorders in the preparation of the DSM-5.

Dr. Jeffrey Borenstein, President and CEO of the Brain & Behavior Research Foundation, said, “Throughout his career, Dr. Carpenter has taken a person-centered, rather than an illness-centered, view of schizophrenia which has led to more compassionate care for people with this illness. He has played a critical role in shifting the focus of treatment to the earliest stages of the illness, when interventions may have their most profound impact and maximize the likelihood of recovery.”

Dr. Carpenter said, “Participating with others in a field concerned with advancing knowledge and care for persons with severe mental illness is deeply meaningful for me. I am humbled to be a recipient of the Pardes Prize. The honorarium of the Prize is being donated as the lynchpin to securing an endowed professorship to support psychiatric research.”

Dr. Carpenter is Editor-in-Chief of Schizophrenia Bulletin, has served on many editorial boards and advisory committees and has authored over 400 publications.  He has been the recipient of numerous awards including the Stanley R. Dean Award for Psychiatric Research, BBRF Lieber Prize for Outstanding Achievement in Schizophrenia Research, NAMI Mind of America Scientific Research Award, Menninger Award from the American College of Physicians, and the Adolph Meyer Award from the American Psychiatric Association. He was elected to the Institute of Medicine of the National Academy of Sciences and was awarded The Rhoda and Bernard Sarnat International Prize in Mental Health by the National Academy of Medicine. He was instrumental in the founding of the Brain & Behavior Research Foundation and currently chairs the scientific program committee on the Foundation’s Scientific Council.

Honored for Leadership, Advocacy and Research in Schizophrenia

In making the announcement, Dr. Herbert Pardes, President of the Brain & Behavior Research Foundation’s Scientific Council and Executive Vice Chair of the Board of Trustees of New York-Presbyterian Hospital said, “William Carpenter has been a transformative force in psychiatry for over 40 years, dramatically changing how we treat schizophrenia, reducing stigma, and enhancing the ethics of treatment and research. He is a luminary in the field whose vision, scientific productivity and tireless advocacy for resources for psychiatric research have improved the lives of countless individuals and families.” 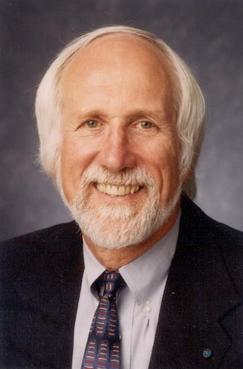