NEW YORK (Sept. 5, 2019) - Season 6 of the public television series Healthy Minds with Dr. Jeffrey Borenstein, which sheds light on common psychiatric conditions and societal concerns regarding mental health, is rolling out across the country starting September 11. The program aims to remove the stigma of mental illness, educate the public and offer a message of hope through personal stories and experts sharing the latest information on research, prevention, diagnosis and treatment.

Season 6 features 12, half-hour episodes airing on public television stations nationwide. It is produced by the Brain & Behavior Research Foundation, presented by Connecticut Public Television (CPTV), and distributed by the National Educational Telecommunications Association (NETA). The series was nominated for a NY Emmy® in 2018. Viewers can find the show in their area by searching for Healthy Minds with Dr. Jeffrey Borenstein in their local station listings.  https://www.bbrfoundation.org/healthy-minds-tv

​Over the course of this season, the program offers expert

advice for starting the journey to recovery for a range of

with anxiety and depression to holistic approaches to treating

perspectives on broader issues such as society’s view of

mental healthcare and its impact on the criminal justice

“One in five people suffer from a diagnosable mental illness,

and when we openly discuss issues, such as the opioid

epidemic and youth anxiety, we strive to remove the stigma

and demonstrate that with help, there is hope,” says Jeffrey

Borenstein, M.D., President and CEO of the Brain & Behavior

mental health research grants, who developed the series and

serves as its Host and Executive Producer.

“The goal of Healthy Minds,” he adds, “is to inspire conversations about mental illness and provide understandable information and resources for our viewers. People should not suffer in silence.”

#601 Treatment Resistant Depression & Rapid-Acting Antidepressants
Ketamine, originally used as an anesthesia medicine and later abused as a club
drug, may be one of the most important developments for treating depression. John H. Krystal, M.D., Chair of the Yale School of Medicine Department of Psychiatry and Professor of Translational Research, Psychiatry and Neuroscience, discusses his ground-breaking study that could provide antidepressant relief for patients within hours instead of the weeks required for traditional medicines to take effect.

#602 Transcranial Magnetic Stimulation (TMS)
Pioneering work with magnets can help treat depression and other psychiatric conditions. Mark George, M.D., Distinguished Professor of Psychiatry, Radiology and Neuroscience at the Medical University of South Carolina, explains the use of transcranial magnetic stimulation (TMS) as a noninvasive procedure that stimulates nerve cells in the brain.

#605 Stem Cell Research and Mental Health
Scientists can re-program adult skin cells and blood cells to behave like neurons in the laboratory to help unravel the course of disease and plan intervention before the onset of psychosis. Kristen Brennand, Ph.D., Associate Professor, Genetics and Genomics, Neuroscience and Psychiatry, explains how these cells, as well as technology to edit cell DNA, can advance the early detection and treatment of schizophrenia, bipolar disorder, autism and more.

#607 Crisis Text Line
A national hotline for modern times allows someone in crisis to reach out by text 24 hours a day for anonymity and ease of use. Ashley Womble, MPH, head of communications for the Crisis Text Line, the first resource of its kind, explains how responding counselors are trained and the ways aggregated data from these text conversations can help improve community services for mental health across the US and Canada.

#608 Youth and The Criminal Justice System
New perspectives on the juvenile justice system aim to rehabilitate rather than punish at risk youth who are often suffering from undiagnosed mental health issues.   Altha J. Stewart, M.D., psychiatrist and director of the Center for Health in Justice Involved Youth in the College of Medicine at the University of Tennessee Health Science Center and Past President, The American Psychiatric Association, discusses the work being done to change the paradigm by involving parents, schools and the community to be proactive and positive in their approach to disciplinary problems and patterns that might lead to criminal behavior.

#609 Minority Issues In Mental Health Care
Cultural sensitivities and access to diverse professionals have been long-term issues for many minority communities in seeking help for mental health issues. Racism and discrimination may be considered mental health issues in society today. Dr. Altha J. Stewart, M.D., an experienced health care administrator and nationally recognized expert in public sector and minority issues in mental health care, shares her experience, and how things are changing with a new generation.

#610 Intersection of Mental & Physical Health
Recent research and a better understanding of the relationship between mental, physical and social health indicate that they are both interdependent and crucial to our overall wellbeing. Kelley Carroll, M.D., Chief Ambulatory Officer; and Michael Claeys, Executive Director of Behavioral Health Services at Grady Health System in Atlanta share their experiences working together on health care integration.

#611 Helping People Who Are Homeless
Nearly a quarter of the nation’s homeless population suffer from an untreated or under treated psychiatric condition. Leading advocates Tod Lipka CEO of Step Up, and Philip Mangano, president and CEO of the American Round Table to Abolish Homelessness and former “homeless czar” under two U.S. presidents, discuss the latest research, innovation and new strategies to make mental health services a priority in solving the larger issue of homelessness.

#612 Resilience: The Science of Mastering Life's Challenges
Decades of research into the factors that make people resilient after trauma has identified common factors people can use to train themselves to face challenges.  These include optimism, having a role model, following a moral compass, reappraising and putting events in context, and finding a support system. Dennis S. Charney, M.D., world-renowned expert in neurobiology and the treatment of mood and anxiety disorders and Dean of the Icahn School of Medicine at Mount Sinai, will discuss resilience and how his own research was put to the test when he was the victim of a violent crime.

About the Brain & Behavior Research Foundation:
The Brain & Behavior Research Foundation awards research grants to develop improved treatments, cures, and methods of prevention for mental illness. These illnesses include addiction, ADHD, anxiety, autism, bipolar disorder, borderline personality disorder, depression, eating disorders, OCD, PTSD, and schizophrenia.  Since 1987, the Foundation has awarded more than $408 million to fund more than 4,800 leading scientists around the world, which has led to over $4 billion in additional funding. 100% of every dollar donated for research is invested in our research grants. The Foundation’s operating expenses are covered by separate foundation grants. The Foundation is also dedicated to educating the public about mental health and the importance of research, including the impact that new discoveries have on improving the lives of those with mental illness, which will ultimately enable people to live full, happy and productive lives. For more information, visitbbrfoundation.org.

About The National Educational Telecommunications Association:
The National Educational Telecommunications Association is a professional association that serves public television licensees and educational entities in all 50 states, the U.S. Virgin Islands, and Puerto Rico. Since 1967, the Association’s reason for existing has been to connect public television people and ideas, by providing quality programming, educational resources, professional development, management support, and national representation.

Chemical Dependency and the Opioid Crisis, Youth and the Criminal Justice System, 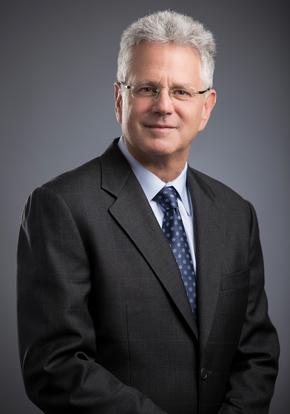