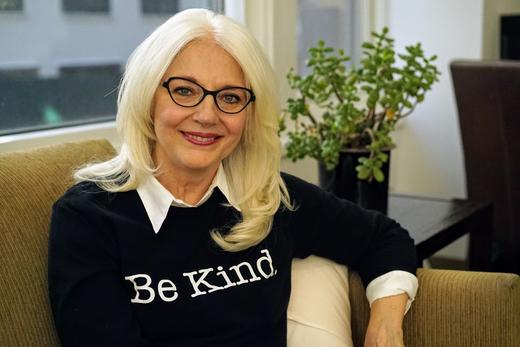 Recognized for Leadership in Promoting Mental Health of Young People

NEW YORK (Oct. 15, 2019) - The Brain & Behavior Research Foundation today announced that Cynthia Germanotta and Born This Way Foundation are the recipients of the 2019 Honorary Pardes Humanitarian Prize in Mental Health for leadership in supporting the mental and emotional health of young people. Cynthia Germanotta is President and Co-founder of Born This Way Foundation, which she launched with her daughter Lady Gaga in 2012. The award will be presented on Friday, November 1, in New York City.

In making the announcement, Dr. Herbert Pardes, for whom the prize is named, and who serves as President of the Brain & Behavior Research Foundation’s Scientific Council and Executive Vice Chair of the Board of Trustees of New York-Presbyterian Hospital said, “Cynthia Germanotta and Born This Way Foundation are an extraordinary force for supporting and empowering young people by putting their needs, ideas and voices first. Under Cynthia's leadership, Born This Way Foundation has reached tens of thousands of young people across the country and around the world and launched innovative youth-focused programming, such as Teen Mental Health First Aid. We thank them for their extraordinary accomplishments and ongoing commitment to promoting mental health across the globe.”

Dr. Jeffrey Borenstein, President & CEO of the Brain & Behavior Research Foundation said, “To help solve the issues facing today’s youth, Cynthia Germanotta and Born This Way Foundation work to encourage and build communities that understand and prioritize mental and emotional wellness. They inspire us to look toward a future that supports the wellness of young people with an approach that is fiercely kind, compassionate, accepting, and inclusive.”

“It is our goal at Born This Way Foundation to bring mental health resources, awareness, and conversations to the forefront of our schools, households, and communities to support young people and work with them to eliminate the stigma surrounding mental health," said Cynthia Germanotta, Co-Founder and President of Born This Way Foundation. "We are grateful to the Brain and Behavior Research Foundation and Dr. Herbert Pardes for their dedication in the mental health field and their support of our work to create a braver and kinder world."

Cynthia Germanotta and Born This Way Foundation have been the recipients of numerous honors, among them the 2018 Children Mending Heart’s Global Changemaker’s Award and the National Association of School Psychologists Special Fired to Children Award. In May 2019, the United Nations' World Health Organization (WHO) appointed Cynthia Germanotta as a WHO Ambassador for mental health. In this role, she works to educate and promote healthier lives, improved workforces, and overall mental health on a global scale. Cynthia also served on the Board of the Empowerment Initiative at the University of Nebraska-Lincoln and is an alumni member of the Board of Governors for the Parsons New School of Design.

Cynthia is a former telecommunications executive whose career in sales & management spanned 25 years. A graduate of West Virginia University, she earned her master’s degree in public administration from The George Washington University in Washington, D.C., which she considers invaluable to her work with the foundation.

About the Honorary Pardes Humanitarian Prize in Mental Health
The honorary prize is a tribute to a public figure or organization whose extraordinary contribution has elevated awareness of mental illness and has had a profound impact on focusing public attention on the need to expand and enhance mental health services in the United States and globally. Such a person or institution should have performed valuable humanitarian work for the general society.