NEW YORK (June 26, 2019) - James M. Dubin, Chairman of the Board of Lighthouse Guild, announced today that Alan R. Morse, JD, PhD will be stepping down later this year as President & CEO of Lighthouse Guild after an extraordinary career of almost 52 years as a leader and innovator in the field of vision and health. Lighthouse Guild is the leading organization dedicated to addressing and preventing vision loss.

Mr. Dubin said, “Dr. Morse is an innovator with a deep

commitment to providing quality programs and services for

people with vision loss. His leadership has changed how we as

a society think about blindness and low vision. During his

extraordinary work and dedication have led to the creation of

the largest and most comprehensive vision and related

healthcare organization in the United States. He has made an

indelible impact on the history of our organization and the

direction of low vision care. We salute him and thank him for

his tremendous contributions that enable us to lead the way in

Dr. Morse began his career at what was then known as The Jewish Guild for the Blind in 1968, as a rehabilitation counselor and became COO in 1977. He was named President & CEO in 1998. In 2013, Jewish Guild Healthcare and Lighthouse International merged to form Lighthouse Guild. Dr. Morse spearheaded the merger, which created the largest vision and healthcare organization in the country.

Dr. Morse is credited with transforming Lighthouse Guild from an organization focused on providing services to people living in the New York City area, to a nationally renowned organization that continues to deliver exceptional integrated programs and services that address the needs of people with vision loss while also expanding perspectives about vision care in the broader context of healthcare delivery.

“It has been an honor to work with the dedicated Board and Staff of Lighthouse Guild,” Dr. Morse said. “I have been privileged to be part of an organization committed to addressing and preventing vision loss.”

Dr. Morse’s pioneering leadership in the field of vision and health includes an extensive academic portfolio. His broad research interests include the influence of vision loss on health care use, functional implication of vision loss, patient communication issues in care delivery and patient engagement and adherence. He has published numerous articles, editorials and book chapters on these and related topics. Dr. Morse is an Adjunct Professor in the Department of Ophthalmology of Columbia University. He has served on the editorial board of Ophthalmology, the journal of the American Academy of Ophthalmology and has been a consultant to the Academy’s Vision Rehabilitation Committee. He also has served on the editorial board of JAMA Ophthalmology of the American Medical Association and was a member of the Advisory Panel of Addressing Disparities of the Patient Centered Outcomes Research Institute (PCORI) among many other professional activities over his career.

Lighthouse Guild has been conducting a national search for Dr. Morse’s successor since he advised the Board of his plans earlier this year. 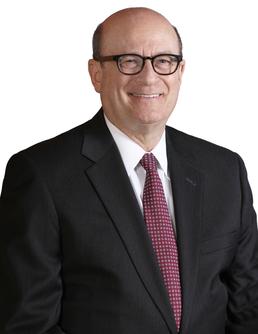 Heralded for Over 50 Years of Dedication to the Integration

of Vision and Healthcare Services

Will Retire As President & CEO of Lighthouse Guild