NEW YORK (February 14, 2022) - The Foundation for Opioid Response Efforts (FORE), a private 501(c)(3) national grant-making foundation focused on ending the nation’s opioid crisis, announced today that Brian Byrd is joining its staff as a Senior Program Officer. In this capacity, he will contribute to the strategic planning, development, and management of FORE’s grant portfolio. Since its establishment in 2018, FORE has awarded 55 grants totaling $17.9 million. Mr. Byrd’s appointment is effective Feb. 16, and he will report to FORE President Dr. Karen A. Scott.

Mr. Byrd has considerable expertise in the health and public health field, bringing nearly two decades of grantmaking and policy experience from the local, national, and international perspective. Prior to joining FORE, he managed the New York State Health Foundation’s Special Projects Fund, a $3 million grantmaking program that supports emerging trends, new models, and other opportunities within the health sector. As director for community partnerships for CARE, an international humanitarian organization, he was responsible for building strategic partnerships with policymakers, the media, government, and corporate officials. Mr. Byrd was a deputy director for membership affairs at the Council on Foreign Relations, where he managed the application process; an assistant director with the Rockefeller Foundation, where he spearheaded an HIV/AIDS project in Southern Africa; and a senior government relations advisor, where he worked on public health policies in New York.

In 2021, he was appointed to the Community Advisory Group (CAG) of the Federal Reserve Bank of New York. CAG’s goal is to present views and perspectives on key economic and financial issues affecting individuals, households, and communities within the Second Federal Reserve District. He also serves as a board director for the New York Funders Alliance, a statewide association of foundations and philanthropic advisors, and he is a member of the Overseas Press Club of America.

ABOUT FORE
The Foundation for Opioid Response Efforts (FORE) was founded in 2018 as a private 501(c)(3) national, grant-making foundation focused on addressing the nation’s opioid crisis. FORE is committed to funding a diversity of projects contributing solutions to the crisis at national, state, and community levels. FORE’s mission is to support partners advancing patient-centered, innovative, evidence-based solutions impacting people experiencing opioid use disorder, their families, and their communities. Through convening, grantmaking and developing informational resources, FORE seeks to bring about long-term change. To date, FORE has awarded 55 grants totaling $17.9 million. 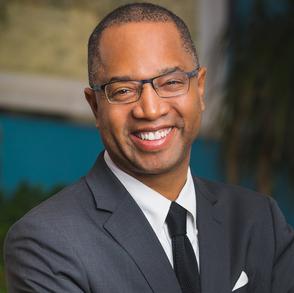