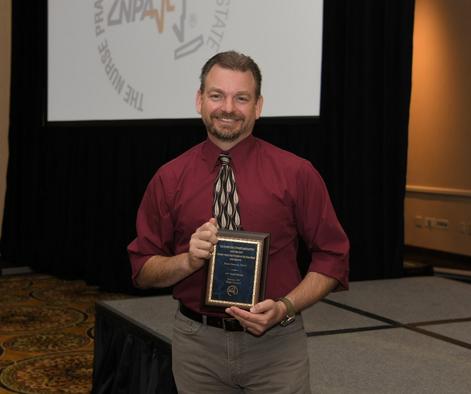 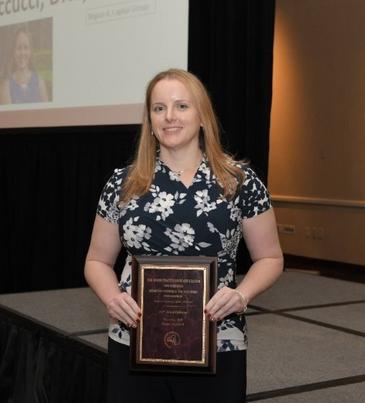 Air Force Veteran, Retired Fire Officer/Paramedic, and Student at Decker School of Nursing at Binghamton Is NP Student of the Year

NEW YORK (Oct., 25, 2019) – The Nurse Practitioner Association New York State (The NPA), the only statewide professional association of nurse practitioners, has named Janice Ceccucci, DNP, FNP-BC, Nurse Practitioner of the Year, and Daniel Babcock, MS, FNP-C, NP Student of the Year. The awards were presented at The NPA 35th Annual Conference, held October 16-20, in Verona, NY, and attended by nearly 500 NPs and NP students from across the state.

“This year’s conference offered important continuing education to equip nurse practitioners with the most current-evidenced-based interventions and culturally competent care for all patients,” said Michelle Appelbaum, PhD, FNP, PNP. It was also a wonderful opportunity for nurse practitioners to dialog and exchange perspectives with colleagues from varied backgrounds and stages in their careers.”

Stephen Ferrara, DNP, FNP, FAANP, Associate Dean of Clinical Affairs at Columbia University School of Nursing and Executive Director of the Nurse Practitioner Association New York State, said, “As health care professionals committed to excellence in patient care, nurse practitioners are redefining their role. In private practice, in hospital or long-term care settings, as educators, in their communities and in other parts of the world, nurse practitioners are taking the profession to the next level. We’re extremely pleased to recognize Janice Ceccucci and Dan Babcock for their dedication and service.”

Ceccucci has presented extensively, including at the Sigma Theta Tau International Research Congress in 2018 in Melbourne, Australia, and she has received the Joan Unger Memorial Award given by the New York State Coalition Against Sexual Assault for demonstrating excellence and innovation in services offered to the community in sexual assault. She has been published by the Journal of Forensic Nursing and is co-founder of Forensic Nurse Practitioners of Schenectady.

A leader in promoting the profession to the next generation, Ceccucci is an assistant professor at SUNY Polytechnic Institute. She is also the co-director and developer of Saratoga Hospital’s Advanced Practice Provider Fellowship Program, which is structured to provide a supportive entry into practice for Advanced Practice Providers. She is an active member of The NPA.

Ceccucci received her master’s degree in Family Nurse Practitioner from SUNY Poly in 2009 and went on to receive her doctorate in Nursing Practice from State University of New York Upstate Medical University in Syracuse in 2016.

“I’m proud to be the recipient of the NP of the Year. There are so many wonderful opportunities in nursing. For newer NPs, I would advise they take advantage of every opportunity that presents itself. I love being an NP. I wouldn’t want to do anything else,” Ceccucci said.

NP Student of the Year Dan Babcock
Dan Babcock is an Air Force veteran and a former professional fire officer and paramedic who is currently a full-time Graduate Family Nurse Practitioner Student in the Decker School of Nursing at Binghamton University. He holds a BS in Nursing from Empire State College and as a Registered Nurse has worked in the emergency department and diagnostic imaging. After retiring as a lieutenant from the City of Binghamton’s Fire Department with 20 years of service, he decided to become a nurse practitioner. Babcock grew up in rural Delaware County, New York, and has a particular interest in improving the health of the poor, rural and vulnerable populations that influenced his early life.

“It’s an honor to be awarded NP Student of the Year. I chose to become a nurse practitioner because I love being challenged and love the relationships I form with my patients. Aside from the need for primary care providers, I chose family practice to give me a solid foundation for medical mission work. My wife and I do mission work in Guatemala several times a year, and I would like to do medical missions as a nurse practitioner,” Babcock said.