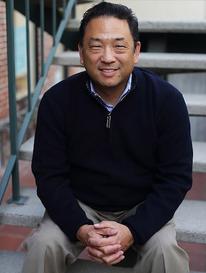 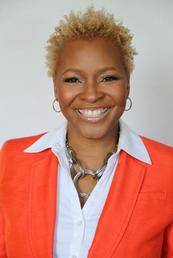 The Reverend Dr. LaKeesha Walrond Joins Board of Directors of Foundation for Opioid Response Efforts (FORE) 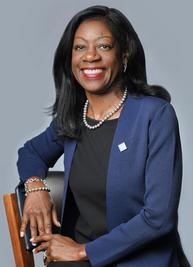 “With over 93,000 deaths from overdose last year, it is clear that our nation is in the grips of a crisis that calls for extraordinary leadership and innovative approaches,” said Karen A. Scott, MD, MPH., President of FORE. “We are extremely grateful to Dr. Walrond, Dean Matthew and Mr. Mineta for sharing their time and expertise with us. By listening to and learning from the varied perspectives of our Board of Directors and Scientific Advisory Council, FORE will be able to expand our mission to support the most effective patient-centered, evidence-based solutions to the opioid crisis that is devastating so many individuals and families.”

possibilities. As the first woman and 12th President of

committed to preparing faith and thought leaders to

Dr. Walrond earned her undergraduate degree from Spelman College, a Master of Education, a Master in School Administration, and a Doctor of Philosophy in Special Education from the University of North Carolina at Chapel Hill, and a Master of Divinity from Union Theological Seminary.

Andrea Barthwell, MD., Chair of FORE’s Board of Directors, said, “Dr. Walrond has a wealth of experience building inclusive environments that promote resilience and encourage empowerment for people facing addiction and other mental health challenges. Her approach is very much aligned with FORE’s vision of empowering those with lived experience to develop and spread solutions to the opioid crisis. I look forward to working with her on our Board.”

Dean Matthew is an expert in health equity and public

health policy and the first woman to lead George

She was previously the University of Virginia Law

Morgenthau Distinguished Professor of Law and the

and Human Rights. She was also a professor of public

health sciences at the UVA School of Medicine and served as director of the Equity Center at UVA, which works to build relationships between the university and its surrounding community to address racial and socioeconomic inequality. Dean Matthew has been professor of law, vice dean and associate dean of academic affairs at the University of Colorado Law School and professor of law and medicine at the University of Kentucky College of Law. She has served as the Robert Wood Johnson Health Policy Fellow for U.S. Senator Debbie Stabenow and as senior advisor in the Office of Civil Rights at the U.S. Environmental Protection Agency. She is also a non-resident fellow in the Center for Health Policy at the Brookings Institution.

She is the author of the book "Just Medicine: A Cure for Racial Inequality in American Health Care,” and has authored or co-authored dozens of book chapters and articles, focusing largely on health care reform, public health law, health disparities, patient protection, and antitrust laws and civil rights.

Dean Matthew received a BA in economics from Harvard-Radcliffe College, a JD from the UVA School of Law, and a PhD in health and behavioral sciences from the University of Colorado Denver.

services. He began his career in behavioral health

president and CEO of Momentum for Health, the

served as a Presidential appointee in the position

of Deputy Director of Demand Reduction for the

In 1996, he worked with Asian American Recovery Services (AARS) throughout the Bay Area. Prior to AARS, Mr. Mineta was a counselor in the San Jose Unified School District and later in Santa Clara County’s Alcohol and Drug Department. He also served twice as board president for the Jefferson Union High School District Board of Trustees. He was as a member of the American Public Health Association and Community Anti-Drug Coalitions of America.

Mr. Mineta received a Bachelor of Arts in Political Science from the University of California, Berkeley and a Master of Social Work from San Jose State University.

ABOUT FORE
The Foundation for Opioid Response Efforts (FORE) was founded in 2018 as a private 501(c)(3) national, grant-making foundation focused on addressing the nation’s opioid crisis. FORE is committed to funding a diversity of projects contributing solutions to the crisis at national, state, and community levels. FORE’s mission is to support partners advancing patient-centered, innovative, evidence-based solutions impacting people experiencing opioid use disorder, their families, and their communities. Through convening, grantmaking and developing informational resources, FORE seeks to bring about long-term change. To date, FORE has awarded 45 grants totaling $13.2 million.